Lauma and Adrians from Riga in February

This February we, two latvians from Janis Rozentals Riga Art Highschool, had an opportunity to study in another school, even in another country! Therefore this is a tiny bit of how can we describe our month in Finland.

We realised very quickly that lessons in Lybecker will be completely different from what we are used to. No bells, one art class for the whole day, coffee breaks, the atmosphere seemed pretty relaxed. Everything what you do is your choice, we couldn’t feel any pressure from the teachers. In Lybecker there are so many facilities, we hope that the students will get even more interested in what they have, for example, try out paper making machine in graphics’ classroom!

Students of Lybecker as well as the most of finnish people are quite calm. And that is similar to latvians, we also don’t like being in loud and crowdy places. They were ready for all of the ideas that we had in our minds. One day we went on a cycling trip to Mikonkari, and even the locals hadn’t been there before! It was nice to spend so much time outside and go up the bird watching tower, see how the frozen sea waters meet with the sky and after that drink some coffee.

Lauma: The process of photoshooting is not that simple and camera is quite heavy, too! For this month I was working at Jaljen Jattilainen. At first I had to take some photos of a hair model who is not only a model but the company’s only member – Jaakko Mylly. I saw him working, taking many, many pictures of hair models and later on he gave me a task to draw some illustrations that will be animated and used in an advertisment of the Steel factory of Raahe. I also did some caricatures and made an illustration of a school building for its brochure and postcards. Photoshoots of hairmodels and families, many hours of drawing, of course some cups of strong coffee and bunch of experience!

Adrians: My practice at the company took place in Raahe museum. For a city so small these museums are so big and full of interesting expositions. My work didn’t took much effort from me but it still was very interesting to do. First I had to record and edit a poem read by children. Editing process was quite funny because I don’t know any finnish! But still I dealt with this task and the poem was stuck in my head for days. My other task was making a small intro animation with museum’s logo.

Of course, comparing to Riga, Raahe seemed a bit tiny for us. But it was easy to go wherever you want to by cycling (despite all the ice, snow and paddles!). We never cycled in wintertime before, but after our first clumsy falls we got used to it.

Dealing with daily grocery shopping was a big test for us. In Latvia it is not that easy to find milk with small percentage of fat, but here we were suprised that most of the choices were even without lactose at all. And we got to know about color codes only during the last week..

But the environment and the nature are really charming, pastel tones everywhere! Old wooden houses, empty streets in the evenings that made us feel peaceful. You could just bike around the town and enjoy the silence. 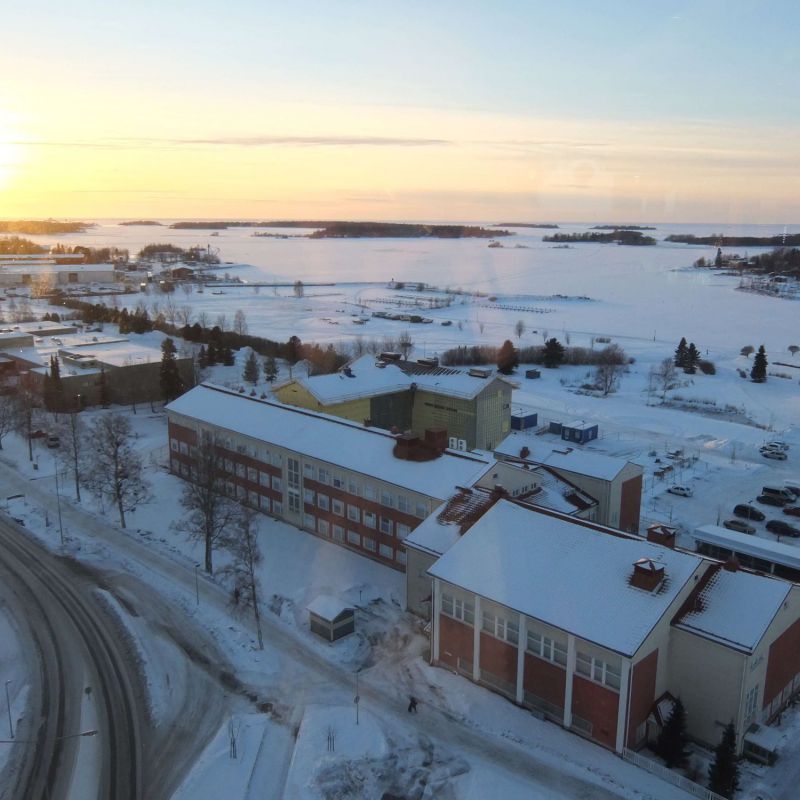 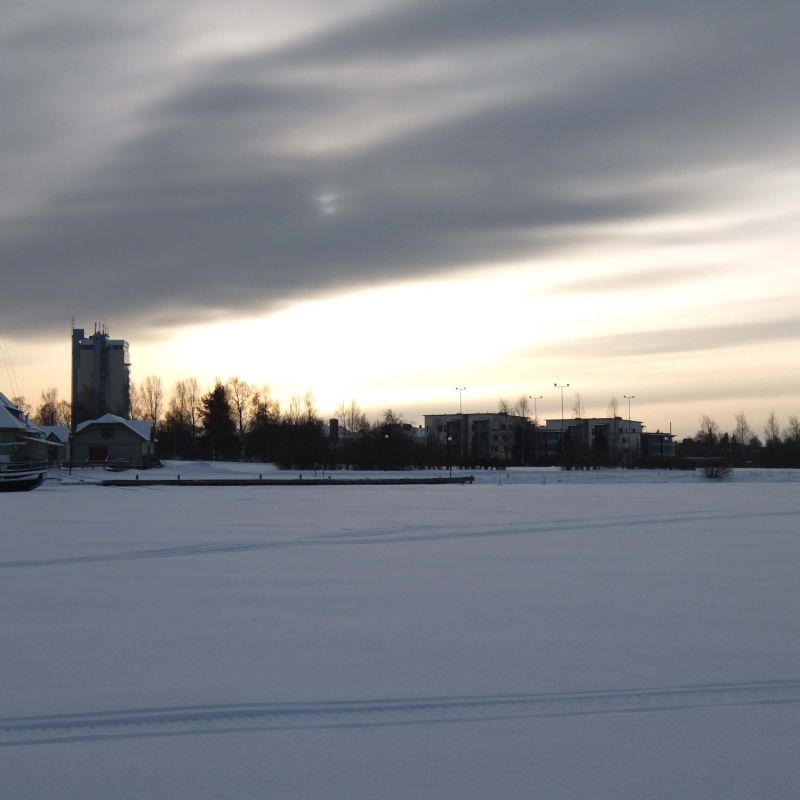 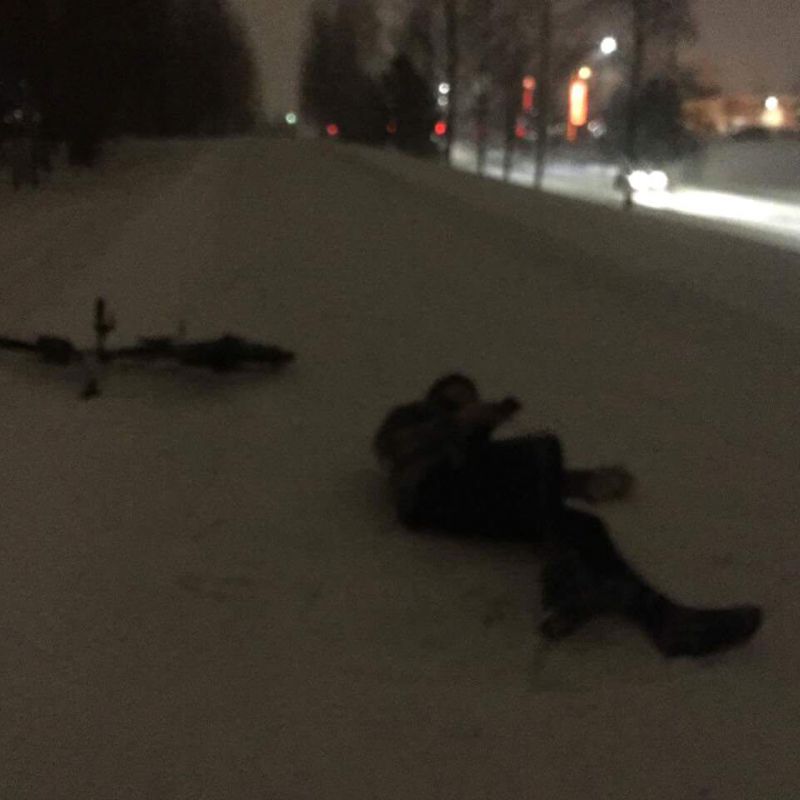 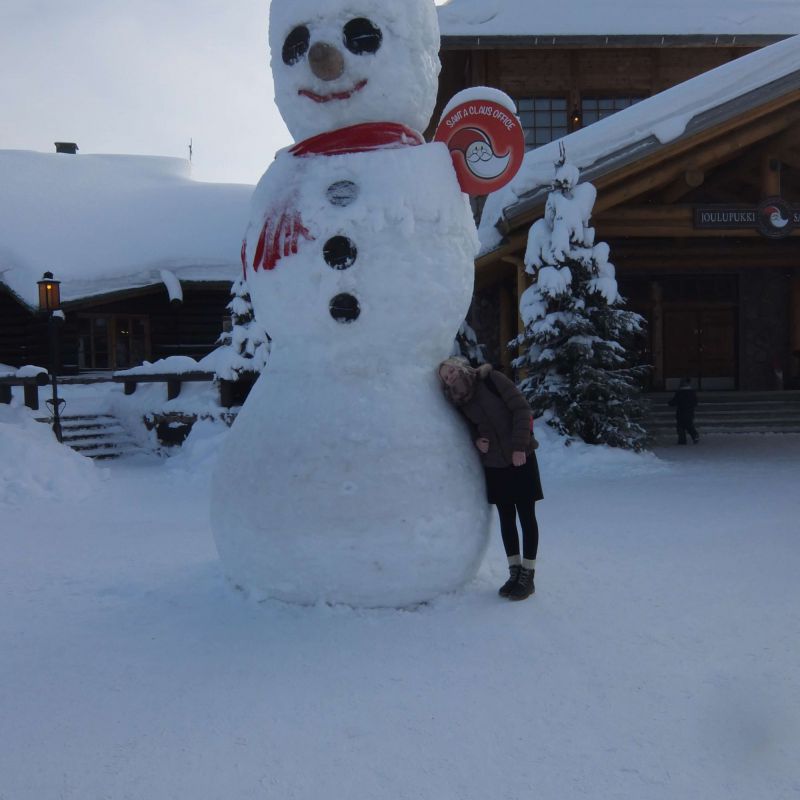 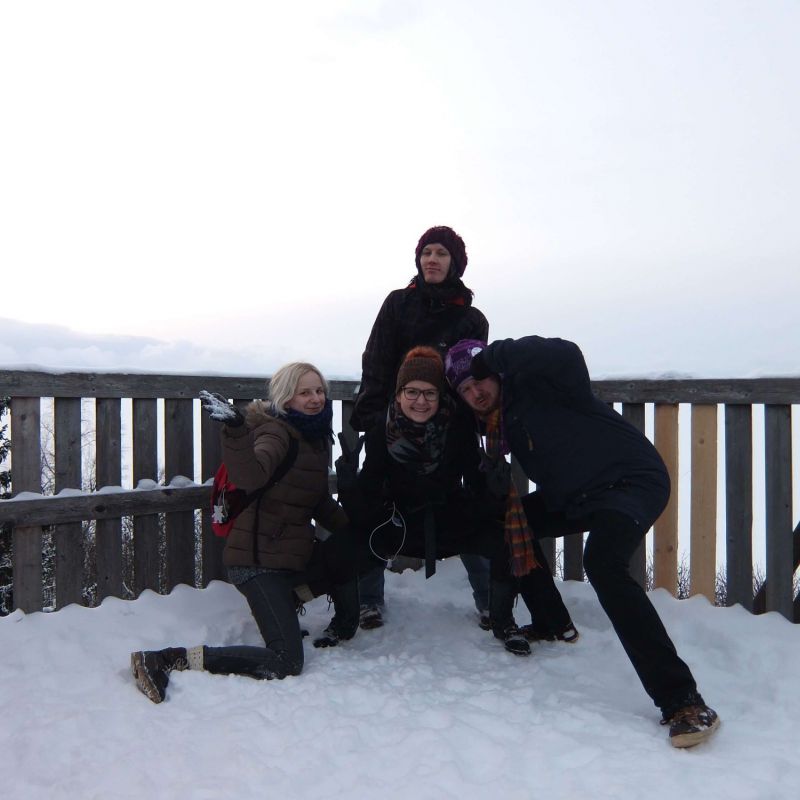 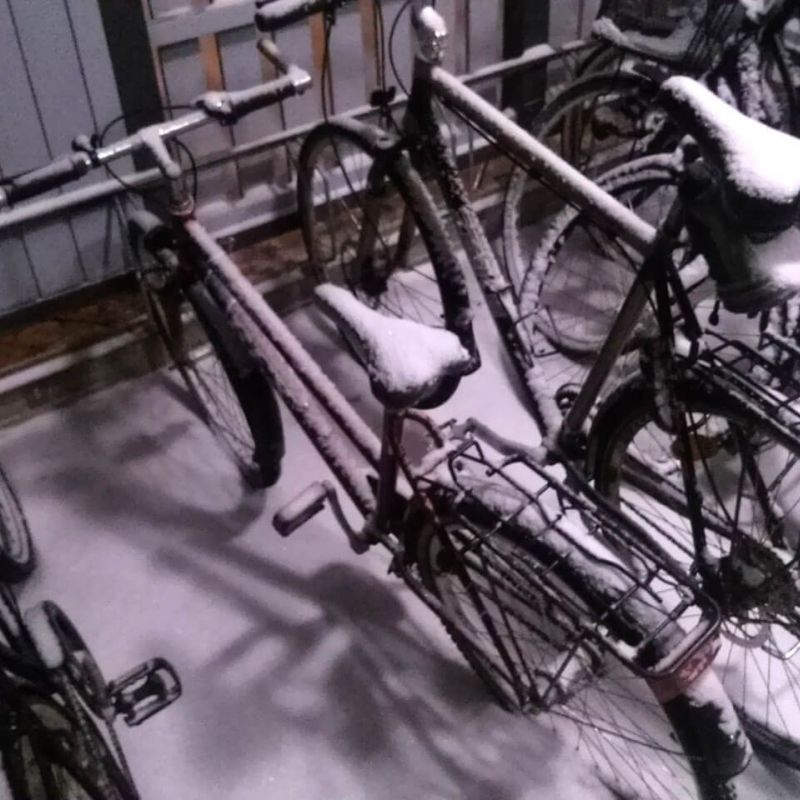 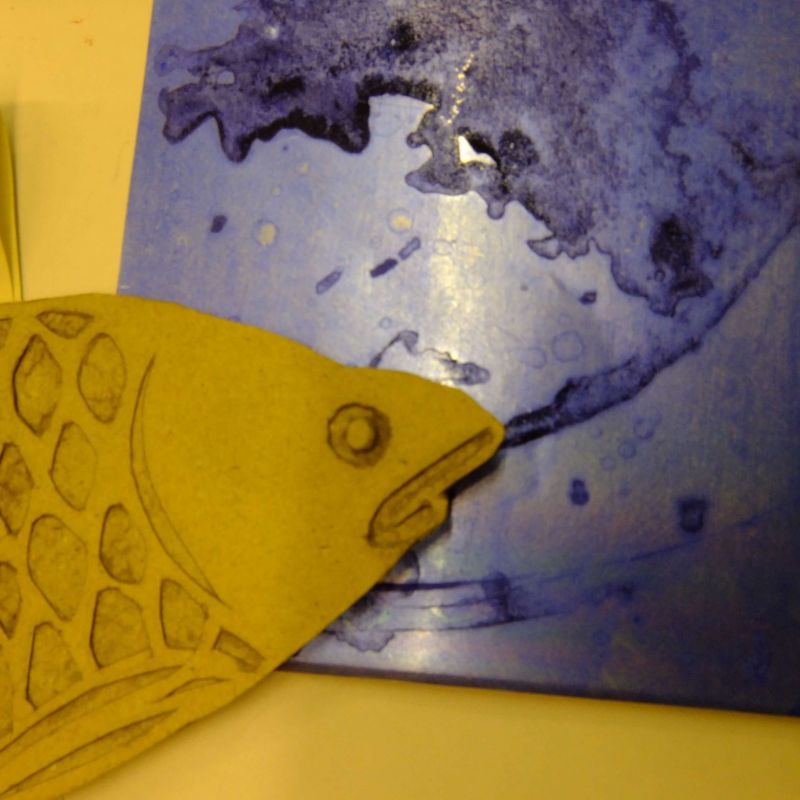 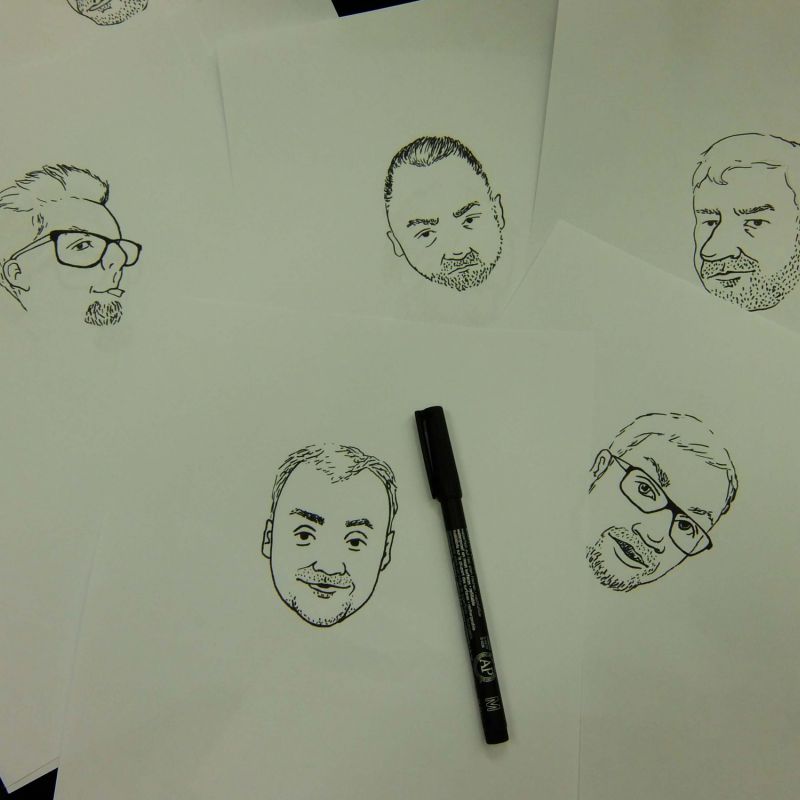 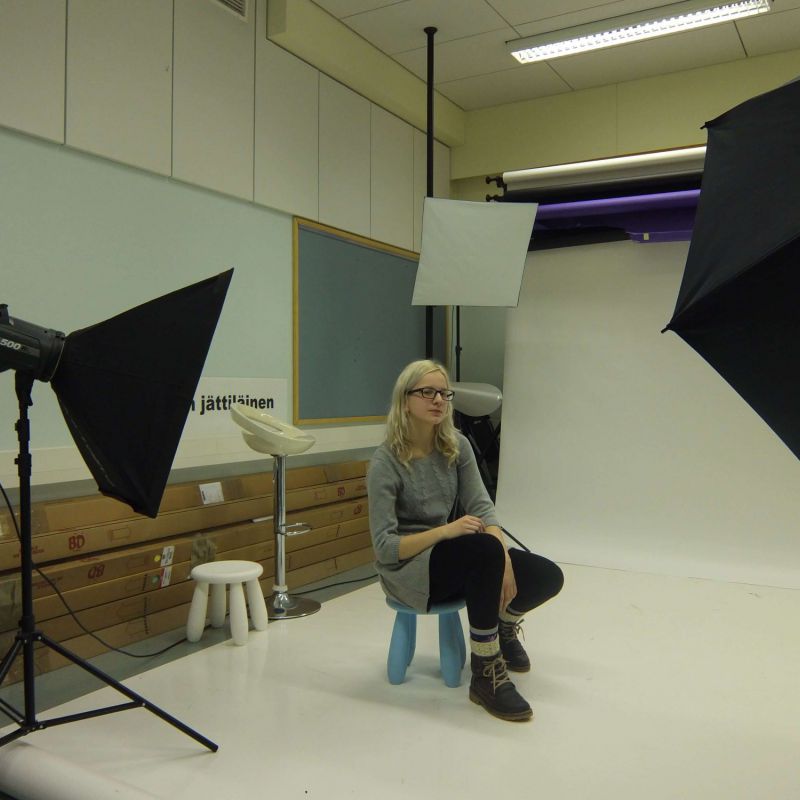 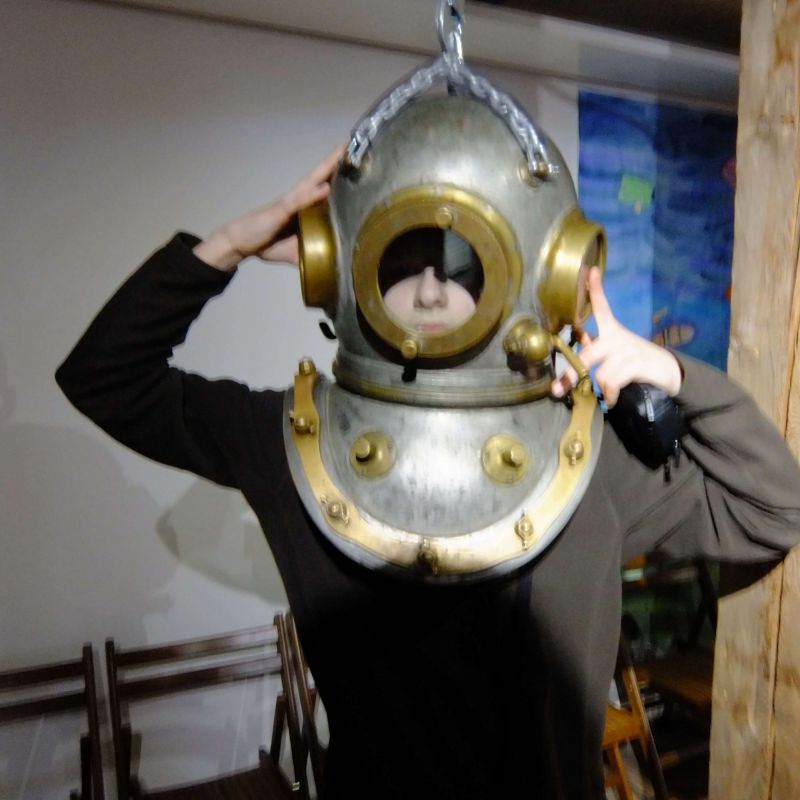