On Sunday, the 7th of October, three photography trainees from Munich, Clara, Laura and Belinda, went to Finland. After months of planning and applying for a sponsered ERASMUS program, which we were looking forward to attend at a Finnish media school for three weeks, the day had come.

According to our preperations, we flew from Munich to Helsinki on Sunday last week at 8:40. From start to landing we had bright sunshine. The approach to Helsinki provided our first scenic impressions of Finland. Lots of little islands, big trees and many lakes and rivers. From Helsinki it goes by train to Oulu, the ride took about 6 hours. The stunning nature of my ideas of Finland were approved: quiet, sprawling and unspoilt natural landscapes and a small Finnish wooden cottage.

Arriving in Oulu, two of the Lybecker media students picked us up. On the way to Raahe we already got the first impression of the northern lights through the window. Since we all did not think that we will see some auroras, so we pulled out our cell phones to shoot one or the other correct memory image.

After arriving in Raahe, we drove to our apartment. A nice one bedroom-flat with a kitchen, a bathroom and a big living room. For the first evening and the morning we needed something to eat, so Ahmed and Antti drove us to a supermarket. In Germany we would have had bad luck, as it was already past 11pm – fortunately, in Finland, the opening hours are different than in Germany, a supermarket is open until midnight on Sunday. After the short shopping tour, the boys briefly showed us our media school in Raahe.

Back at the apartment, we all agreed that we wanted to peacefully enjoy the northern lights while they lasted – in case they wouldn’t appear again – and so Laura and I stormed out the door again in the middle oft he night, carrying, of course, our cameras. A little frozen and exhausted from the busy day we trudged home with great pictures and unique impressions and fell into bed, tired.

The next morning, Ahmed showed us the way from our apartment to school. The path took us through the old town of Raahe, a small village founded in the 17th century. In the center of the city are some old and typical Finnish wooden buildings. In winter, it’s mostly down to minus 30 degrees Celsius and inclement weather, hard to believe these huts withstand the weather and temperatures.

When we arrived at the school we were greeted by Pekka, one of the teachers there, who also coordinates the exchange with our German photography teacher. He explained what the three weeks would be like and gave us some information about the school. Unlike our expectations, we will work less in and with the school on photo projects, but instead on a cut-out animation project. Cut-out can be compared to a stop-motion film, a film technique that creates a moving film out of still images and objects. So the first week we are busy with the preparation of such a film. What story would we like to tell, which characters do we need and so on …

On Tuesday, some students took us to a nearby elementary school, because the children there will also make a small film using the same technique. And since we three have no idea about cut-out animation movies, this was the first small introduction to understanding how it all works. When we found a story – a Finn meets a Bavarian in a curious way and both go to the Oktoberfest – we had to implement all this in a storyboard.

On Wednesday we were allowed to photograph together with a student drywall and painter trainees at work. The school needs some photos for their website and Instagram. On Thursday and Friday we will continue to prepare for our stop-motion movie – picking out pictures, printing, cutting, taking pictures etc. We used the afternoons to go shopping, to explore Raahe a bit and to take some photos.

General information:
– Finland has beautiful landscapes
– Food is more expensive than in Germany
– There are many very nice and open-minded people
– Easy communication, as almost everyone speaks English
– Finns are rather reserved/introverted
– In some schools there are two teachers per class

Written by
Clara, Laura and Belinda from Munich, Germany 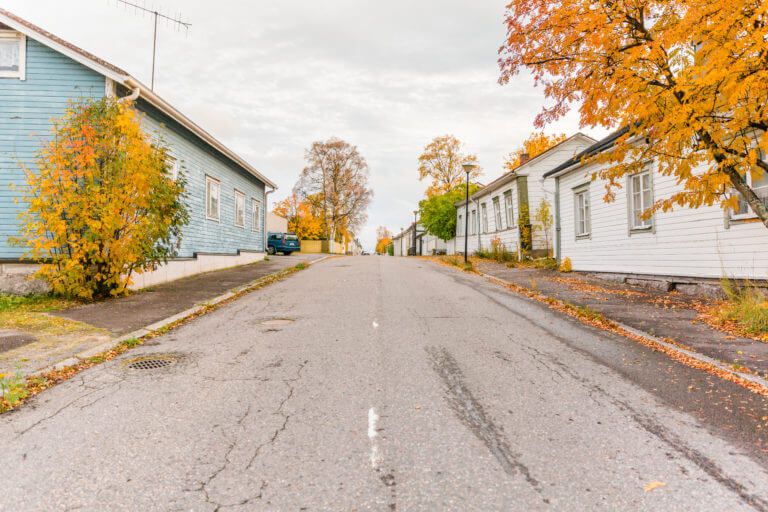 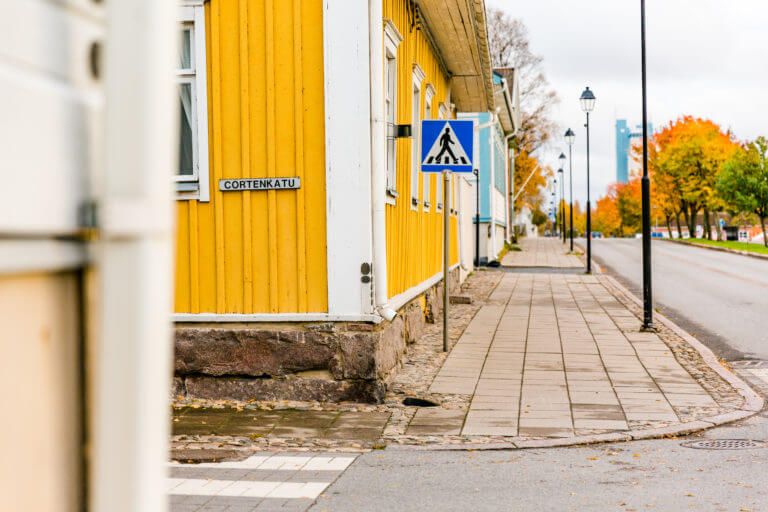 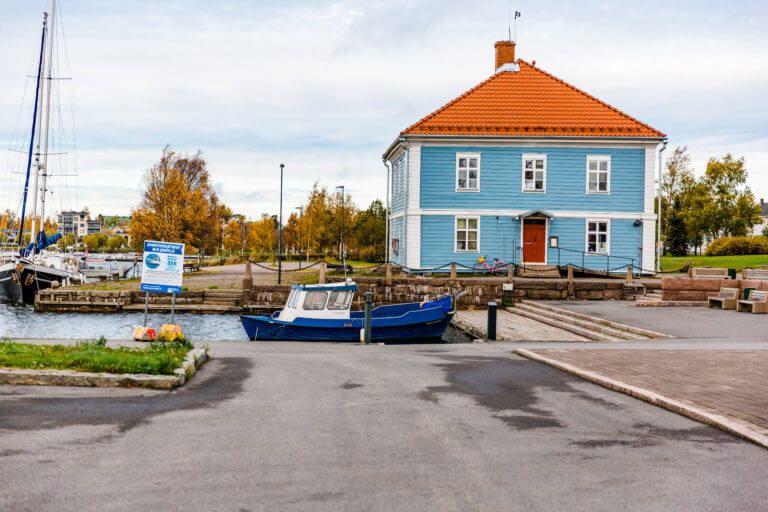 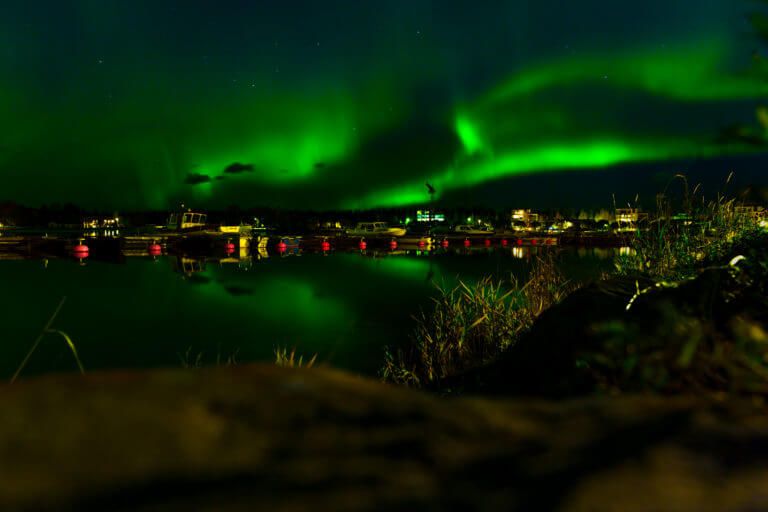 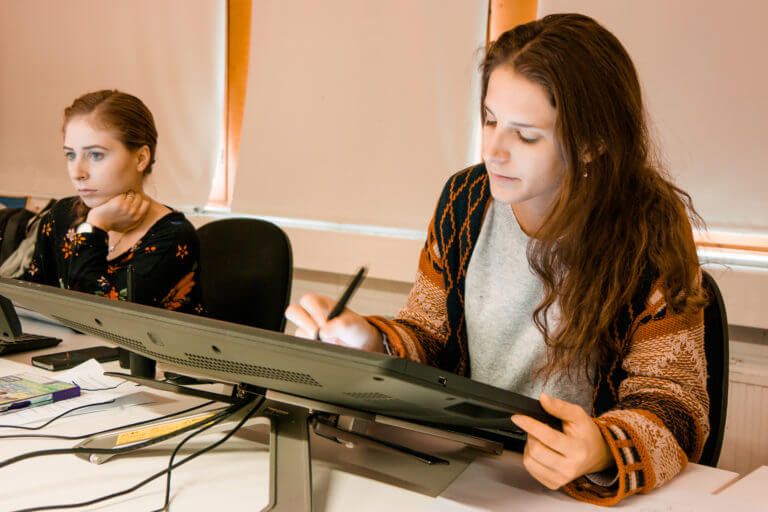 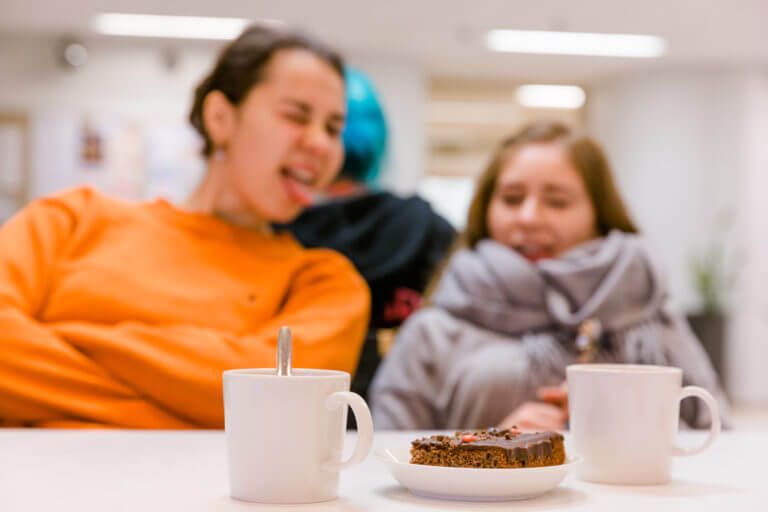 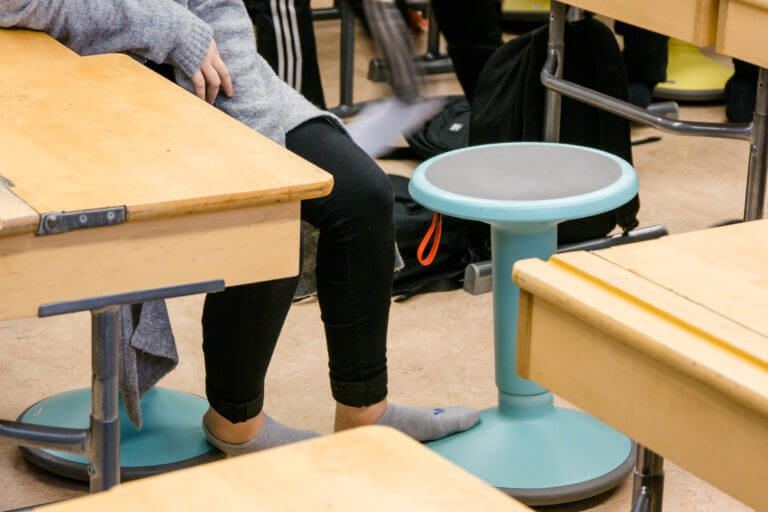 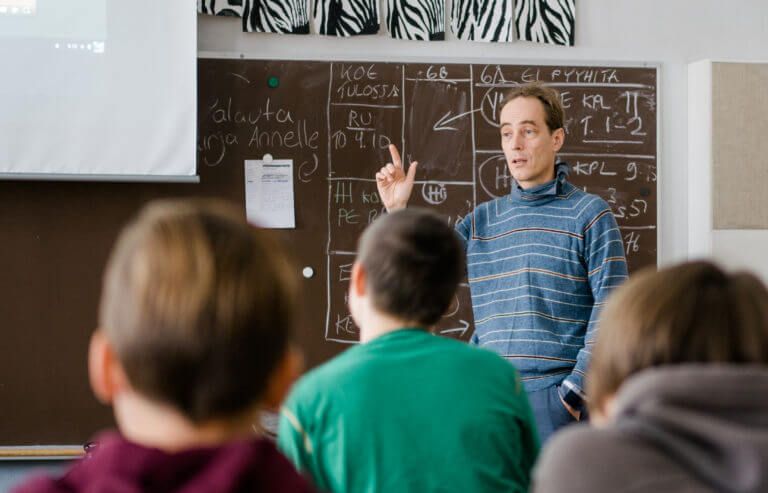 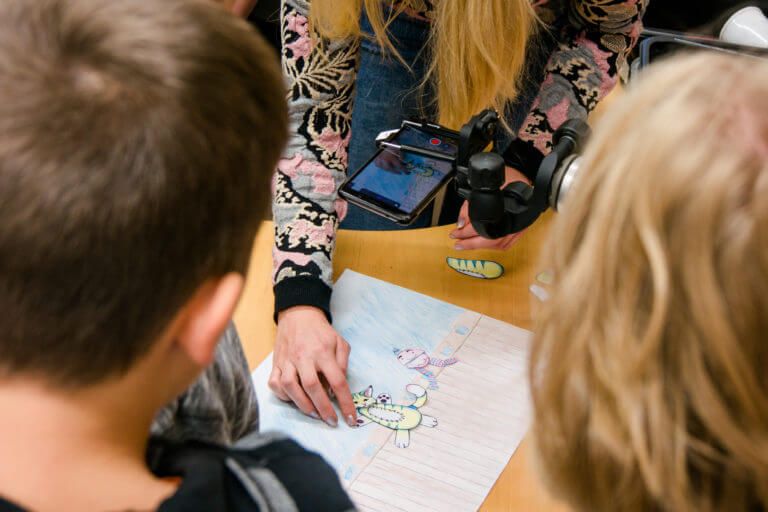 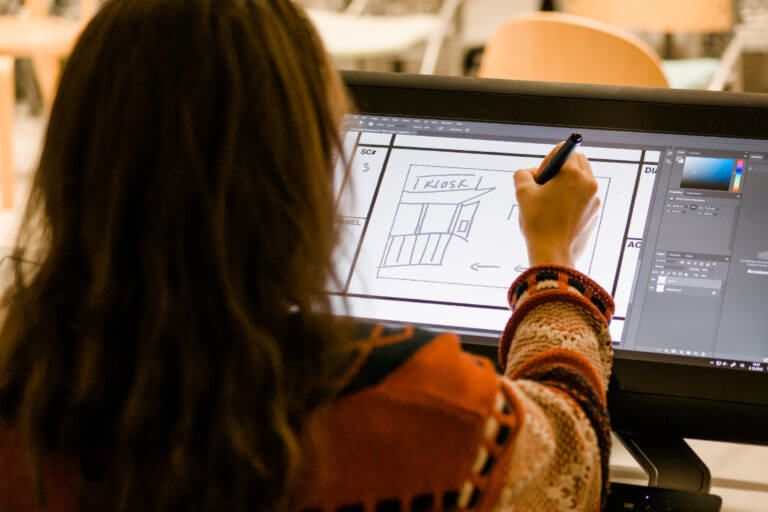 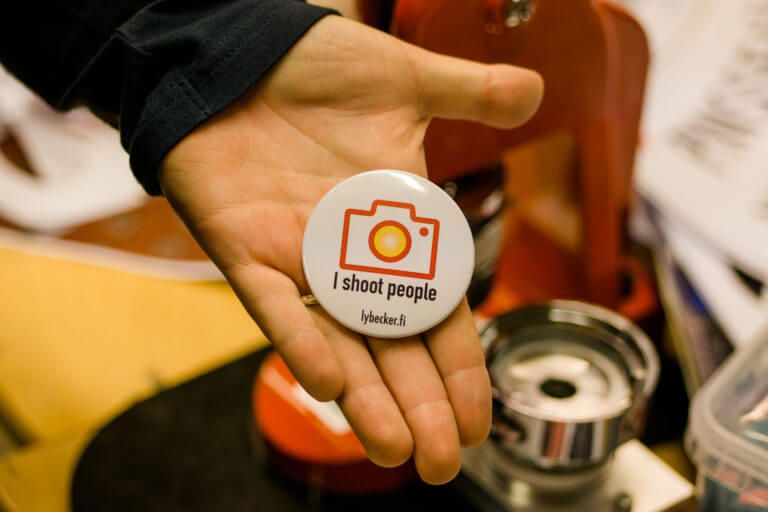 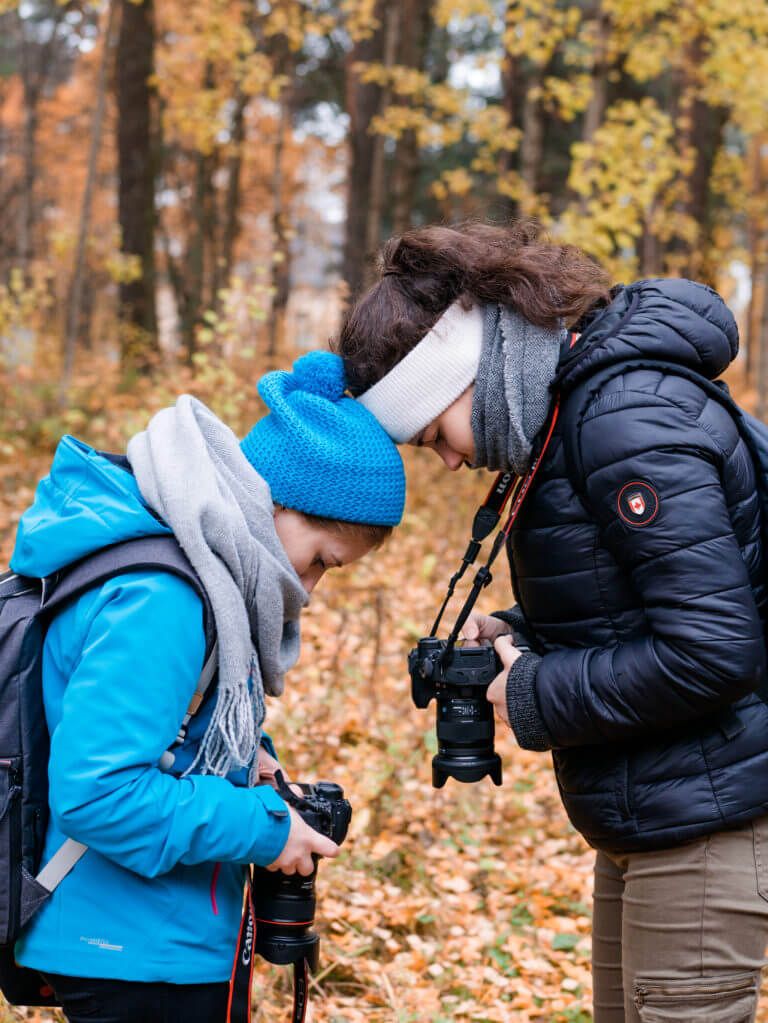 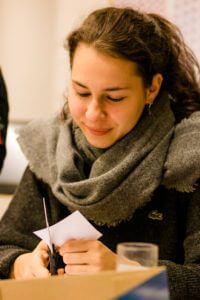